NCCTRC pro­vides emergency ration pack to personnel during training exercises and deployments. NCCTRC has set a minimum nutritional standard requirement to maintain its packs quality and to ensure that the packs are ideal to supply for its members.

Compliant with daily calorie (cal Dietary Intake(DI) recommendations for moderate work and average BMI for Men, 3000 cal, and for Women, 2000 cal, according to Nutrient Reference Values for Australia and New Zealand standards. There are  6 Ration pack varieties that range between approximately 2,648 cal – 3,283 calories. Also included in the packs are environmentally sustainable cutlery products.

AUSMAT units are expected to be self-sufficient in the field for water supplies with requirements dependent upon level of deployment. Potable water requirement to an EMT varies with scale, complexity and EMT configuration. A principal operational goal of AUSMAT is development of a safe, in-country water supply within twenty four hours of deployment.

Water supplies are considered contaminated unless guaranteed and monitored to meet quality objectives. In-country logistics planning makes allowance for a strategic, secure location for water supply, treatment and distribution equipment as a dedicated part of the AUSMAT medical facility. Bottled water is not an ongoing option for large scale deployments it is included as a risk management strategy in the event water quality is compromised.

NCCTRC recognises the cluster approach: often other aid agencies are engaged to provide source water and technical assistance through a WASH cluster arrangement.

AUSMAT DEPLOYMENTS HAVE CAPACITY TO INCLUDE THE FOLLOWING WATER TREATMENT PROCESSES:

All water must undergo ultraviolet and chlorine disinfection prior to reticulation regardless of previous water treatment techniques.

The buggy is for transport of patients and general equipment. It has a custom built tray that allows for the safe and secure transport of a patient bearing stretcher with an attendant.

Being lightweight and 4 x 4 it is ideal for all types of terrain. This is a vital piece of equipment and has proven itself to be necessary in previous deployments.

The uplift program is a virtual checklist developed for the NCCTRC that has reduced manual handling and any chance of human error by placing all information on stock, supply and resources down to one point of reference.

The program allows system alerts, scheduling, resupply and deployment requirements to be available immediately on request.

The system is accessible remotely and is shareable as required. For example, the entire manifest for a deployment can be sent to the RAAF within minutes allowing loadmasters to know the exact number, dimensions and weight of items needing to be deployed.

AUSMAT has a range of toilet options to meet the needs of a deployment. From lightweight pop up canvas structures, camping style nylon tents or ridged lockable latrines, there is a model that is suitable for both patients and staff. Each Pop Up cubicle usually comes complete with one Squatting plate and is transported as a flat-pack and is easily erected on site by one person. Designed around the Squatting plate, the structure screws directly on to the Squatting plate giving structural integrity. Due to this there is no need for guide ropes which may go missing in a camp environment. The Pop Up cubicle is light and well-ventilated, providing privacy by night and day.

AUSMAT designed and built a disabled toilet that is deployed within a large 3m x 3m quickshade, allowing sufficient room for a wheelchair an assistant.

Shower system utilizes a snap-lock system on eave and base bars and a hook-and-loop attachment cover system. Covered in a durable 14 oz. vinyl coated fabric with zippered doors, each system incorporates shower catch basins plumbed for the recovery of gray water.

Waste management services are an essential deployment consideration towards the management of public health, environmental and biohazard risks. AUSMAT units are expected to be capable of self-managing for waste collection, treatment and disposal requirements.

NCCTRC have capacity for differing configurations of field medical facilities dependent upon the deployment level - from outreach teams to a field hospital capable of wound surgery. Although the operational conditions of a field medical facility produce a waste stream usually consistent with a conventional health facility, the volumes of wastes may fluctuate and the facility must be able to account for in-country circumstances (e.g. isolation from all other waste management services) and waste produced from auxiliary activities, including mobilisation and demobilisation. 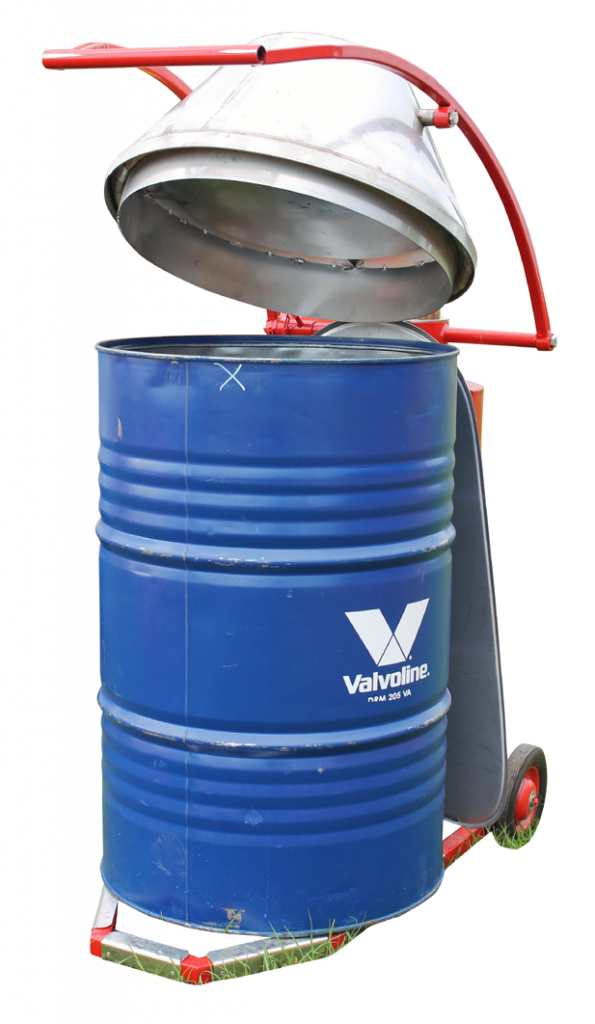 The BLU-MED Deployable Morgue delivers fast and flexible solutions for meeting urgent needs during mass fatality incidents. This capability can be rapidly deployed to expand existing morgue units or provide a standalone morgue for mass fatality incidents requiring body management / holding. space to establish a stand-alone facility in support of an incident site or to isolate contaminated victims.

The BLU-MED Cooling System eliminates the traditional challenge of finding large refrigerated vehicles or buildings. AUSMAT deploys a single shelving unit (4 beds) with our EMT 2 capability but has the capacity to increase this to a 24 bed unit if required.

Waste disposal is taken care of utilizing a Turbo 2 Cyclo burn grate incinerator.
The turbo 2 is capable of burning 18-35Kg/Hr of waste. This incinerator is a portable, industrial unit being able to achieve up to 98% waste reduction by volume. This incinerator uses proven excess air technology combined with its design to burn a wide variety of waste in an acceptable environmental manner, resulting in an efficient, clean burn. 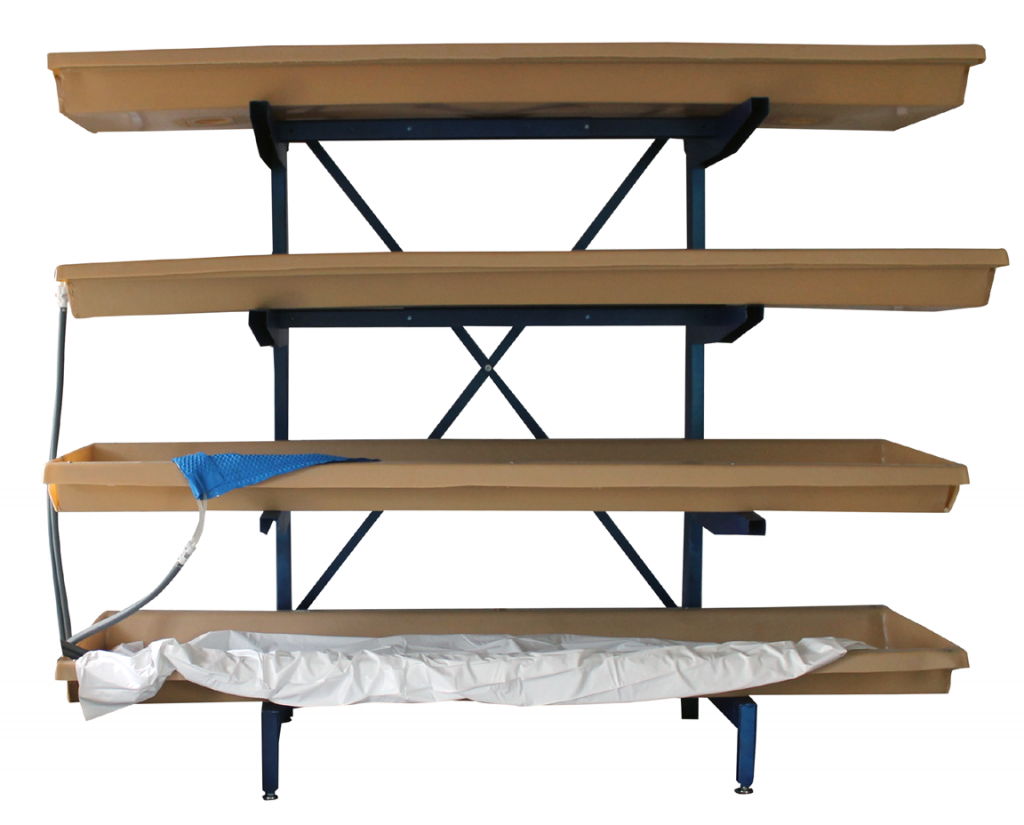 The Stretcher Frame System is an equipped patient transport bus that our logisticians engineered in collaboration with Buslink. It is an everyday special needs bus which can be converted in less than 30 minutes to a multi-casualty patient transport vehicle. It forms part of the response capability that our medical team deploys.

TrackMi, developed by the National Critical Care and Trauma Response Centre and funded by the Federal Attorney-General's office since 2010, was originally developed to track patients in a disaster zone to allow for early medical resource allocation.

TrackMi has many other uses beyond tracking patients, one of which is to monitor movements of people during cyclone evacuations and the recovery phase.

The device uses similar technology to supermarket tracking systems. A person wears a simple wristband with a bar code, the bar code is scanned using a handheld device, assigned to a flight for evacuation and the information is logged into TrackMi including the time, flight number and time of departure. The technology has been used to help manage the catering resources for evacuees at Camp Elcho in Galiwinku.

The NCCTRC has shared the technology with every state and territory and it has proved so cost-effective and efficient in trials that it has attracted international interest. 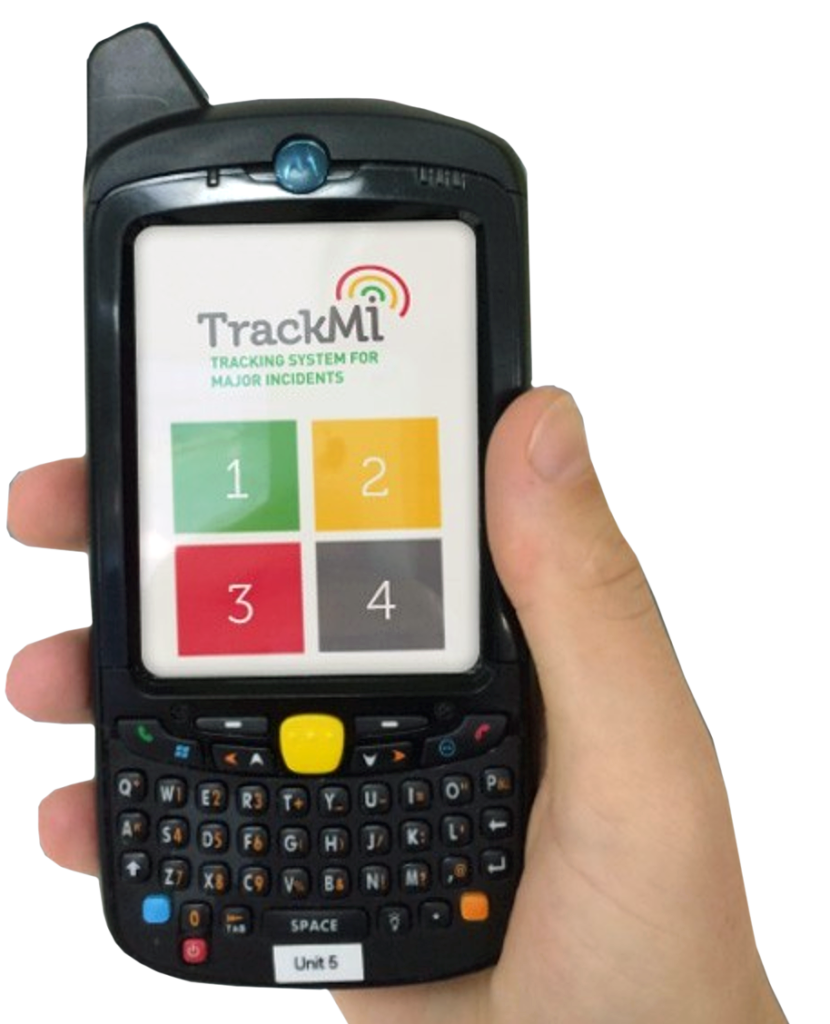