Assistance to Kiribati as the Pacific region reopens international borders

AUSMAT have recently returned from their first official deployment to Kiribati in response to the nation’s first community outbreak of COVID-19. 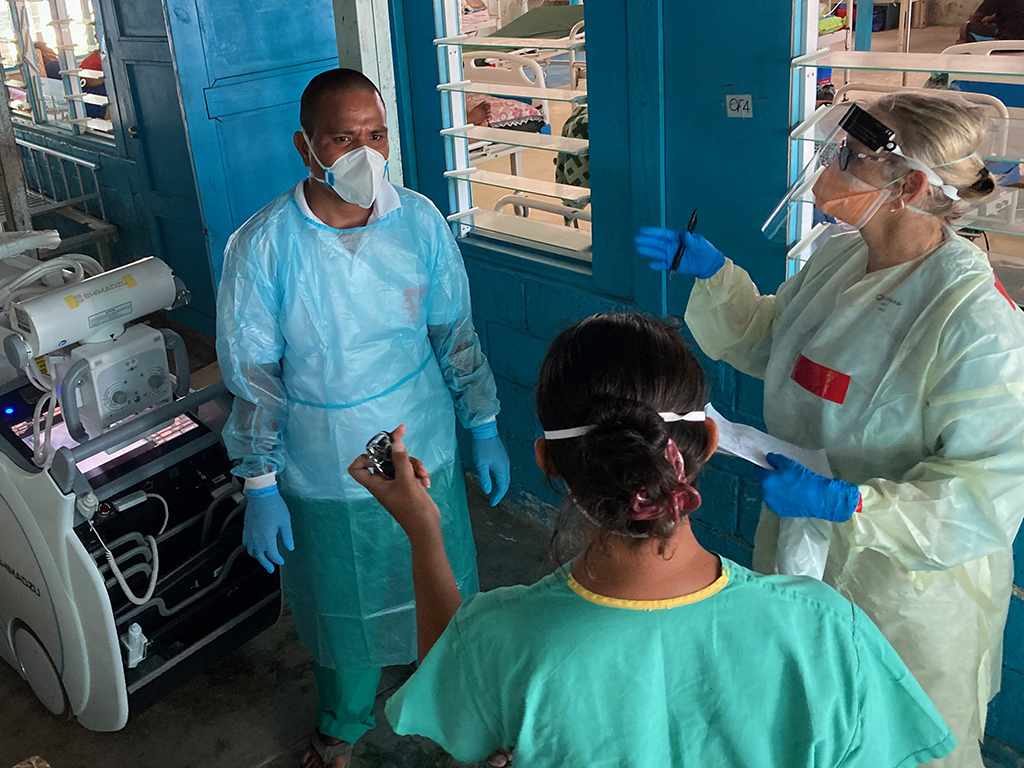 AUSMAT Clinical Team Lead Karen Were said she was impressed by the nurses and the IPC knowledge they had already implemented in the early days of the community outbreak.

“It was remarkable to see what the clinicians had already achieved with the little they had, the nurses absorbed all the information we could provide and acted on recommendations very quickly,” Ms Were said.

The Government of Kiribati had kept the pandemic at bay as a result of proactive decision-making, border control measures and rigorous training of all frontline workers. However, as international borders throughout the Pacific begun to reopen with the hope of boosting tourism, the first international flight to land in Kiribati also had a high prevalence of COVID-19 positive passengers with the Omicron variant, and rapid community transmission soon followed in Tarawa and atolls.

The Government of Kiribati formally requested assistance to the Australian High Commission on the 25 January, and on 2 February a five-member AUSMAT Rapid Assessment Team was deployed to support the outbreak response in the capital. The team were supported by an in-country Department of Foreign Affairs and Trade Liaison Officer and remote AUSMAT public health team member.

“Our mission was to provide high level advice on acute care systems, alongside training and mentoring of the healthcare workforce purely to reinforce IPC and PPE usage ahead of the country likely facing further community spread,” Ms Were said.

“The biggest concern our AUSMAT clinicians had was around oxygen resources and supply, and staffing numbers, especially as the spread of the virus was already impacting hospital workers.” 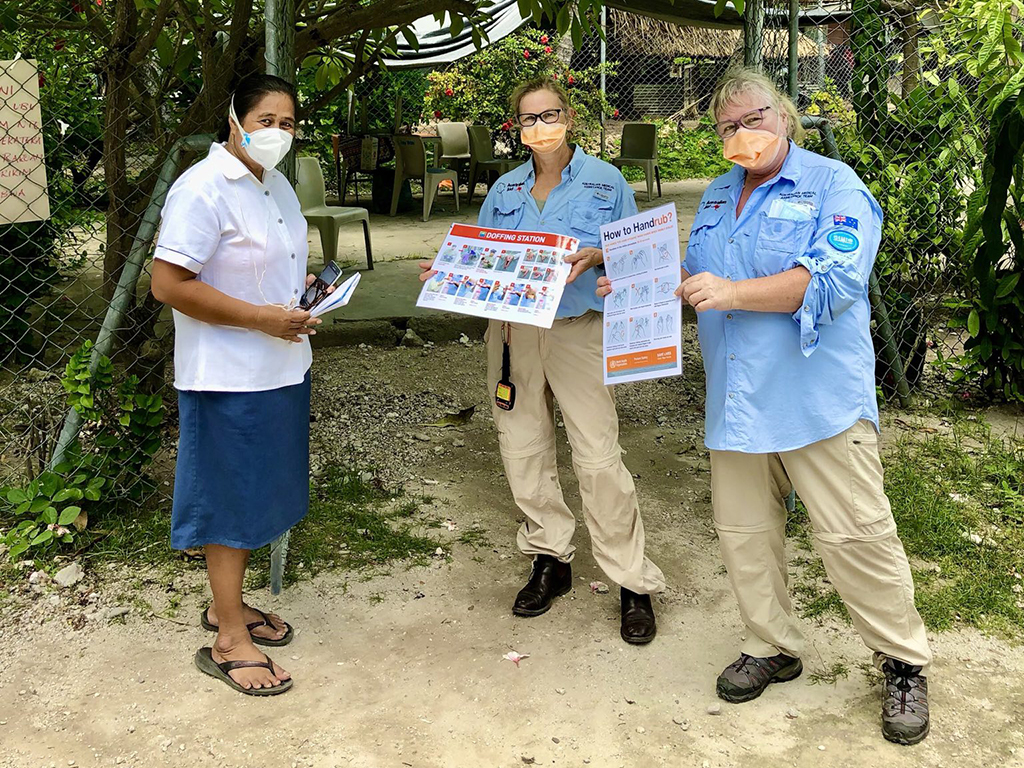 AUSMAT provided ‘just in time’ training to uplift PPE and IPC practices and facilitate recognition and management of deteriorating patient and oxygenation. Seven education sessions were provided across Tungaru Central Hospital, Betio Hospital, community health centres and the isolation hotel. Educational materials were also electronically disseminated to healthcare workers in the outer islands that were not visited during the deployment

AUSMAT provided a series of recommendations across each area of assessment to the Government of Kiribati. Three in-country oxygen suppliers were identified, and oxygen concentrators were to be relocated to address oxygen concerns, whilst novel oxygen therapies were informed as suitable options for the situation. AUSMAT and the Government of Kiribati worked together to identify options to remedy staff shortages through utilisation of nursing students, return of retired nurses, recruitment of community volunteers, and to identify skills required for surge personnel.

Recommendations were also provided to incoming international technical who arrived in Kiribati as AUSMAT demobilised.

“The challenge now is to have these recommendation put into effect as additional support arrives,” Ms Were said.

“It was a successful first mission, and a fantastic experience to support and collaborate with the health workers of Kiribati. From here, AUSMAT will be able to continue to provide support and education as requested by the Government of Kiribati and especially as they are part of the DFAT funded NCCTRC regional engagement program.” 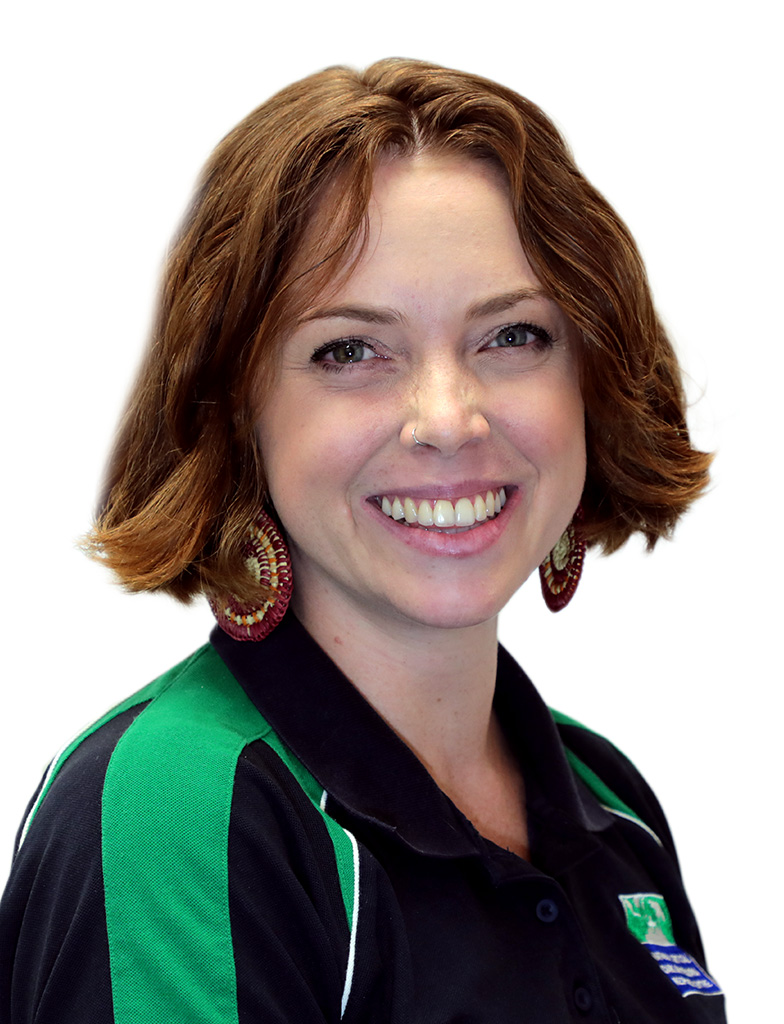 Gabrielle joined the National Critical Care and Trauma Response Centre in 2021 as Communications and Digital Engagement Officer, supporting media requests, social media coverage and operational requirements for NCCTRC and AUSMAT while on deployment. Gabrielle comes to the NCCTRC with substantial experience as a radio and digital journalist, most recently producing for ABC’s flagship program Radio National Drive with Patricia Karvelas and supporting Afternoon Briefing on ABC News 24, a program dedicated to current affairs and political analysis. Gabrielle specialises in Asia-Pacific politics and human interest feature writing. Beyond Australian borders, Gabrielle has also co-created and hosted an international travel podcast, which was nominated for Best Australian Podcast of 2019. You can follow Gabrielle on Twitter @gj_lyons

Stephanie joined the National Critical Care and Trauma Response Centre in August 2021 as a Senior Research Officer/Epidemiologist to develop research activities and provide operational and public health assistance to deployments. Prior to this, she was a COVID-19 outbreak response Team Lead at the Victorian Department of Health and researched the epidemiology of antimicrobial resistance and healthcare-associated infections and implementation of infection prevention and control interventions based at the Alfred Hospital. She is a graduate of Australia’s Field Epidemiology Training Program and has worked across the Asia-Pacific and Latin America.
Back to News